Changes from 1.3:
-  It's  A LOT easier to use now. Download the file and read the PDF File for a step by step walkthru.
Implenting this in your project is now just a mather of minutes !

Changes from 1.2d:
- Added the option to allow / disallow duplicate inputkeys,set in the inspector

Changes from 1.2b:
- Fixed a bug that caused the  right joystick input to be way too sensitive. (thanks to Starcruiser & bigkahuna)

Changes from 1.2:
- Fixed a bug that stopped u from increasing the amount of inputs
- Improved the looks a bit

Changes from 1.1:
- Added full xbox360 controller support (including left and right trigger)
this is tested on the Mac so far, but untested on windows. It might work on windows also but further tests will make sure of it soon.

Changes from 1.0:
- Added alternative inputbutton
- Changed some variables in the inspector to make things more clear
- Removed variables from inspector that shouldnt be visible
- Download file comes as a ZIP file now on request
- Added a helpfile

If you use the awesome Unity3d engine, you know that it is a very strong engine that can compete with 'the big boys' like UDK.
Ofcourse there are,like in every engine, a few flaws. One of them is the build in inputmanager.
The lack of letting the player change inputs ' on the fly ' is a must for many devs,including myself.

I decided to make my own custom manager,there we were gona need it for our own game.
I spend a few days improving the inputmanager and i think its now ready to release to the public.

I know that there are many many people out there that ask a lot of dollars for a few lines of code ,and there is nothing wrong with that,
but i got so much back from the comunity , that i decided to release this for free because this should be a basic feature in unity that everyone have access to.

Ofcourse , if you like this script/software , i would be happy to accept a small donation for it.  If you can't affort anything, thats perfectly fine but especially if you release something comercial i would really appreciate it that you could let me know and hit on the donate button :)
Also credits in your game are welcome but not needed :) - This is free to use for comercial and none comercial games/apps !

I commented the script quiet well, and most settings you can set in the inspector. If you have questions about this script, please email me at ward.dewaele@pandora.be

Download File
If you think this will be usefull for your projects, please consider a donation, this will help me out a lot !!! 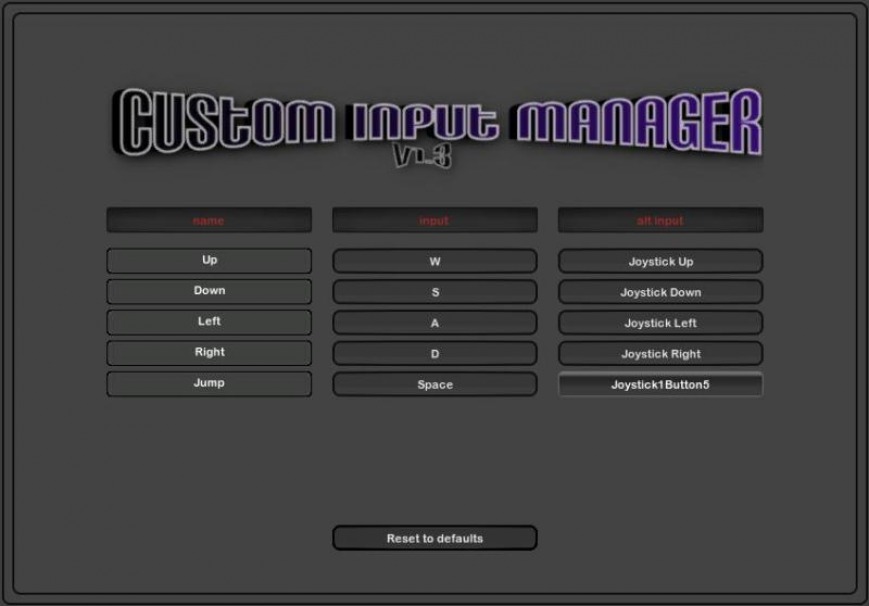